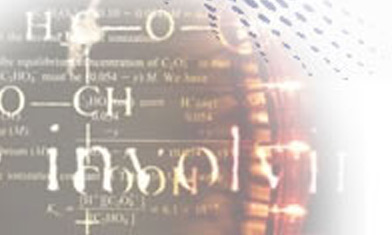 In these latter days, there are those among you who rapidly, and without incident, choose to step through transformative portals and take a journey to your "next place."  Having arrived at "The Grand Central Station of Transformation," and chosen a path of departure, they do not hesitate.  They purchase a ticket and jump on the train.

There are others who, faced with impending departure.......have not only hesitated to board their train, they have forgotten which train they had chosen to ride.  This situation is not only embarrassing---it can also be quite painful.  Bewildering, actually.

It was once channeled:  "Either you follow your spirit without hesitation, or you end up following your hesitation without spirit."  The situation we are describing is exactly that.  And it is offered to the Oneself as a lesson in faith-based living, whether a person chooses the "easy" way to go through his process, or a harder path.  It is no matter, really.  Both journeys will eventually take him home.  In fact, ALL roads lead to home, although it often doesn't feel that way.

In a Multiverse of infinite variance and flow, where would "home" be located?  Such a question is like unto asking where the Internet begins and ends.  We would suggest to you that home is not a destination, per se.  Rather, it is a condition of mind and heart.  Either your mind is with your heart, or it is wandering off somewhere on its own.

We have spoken to you in days past about a concept known as "The Soul Train".........which is your soul's Center of Learning.  It transports tones of information and remembrance from Great Spirit to your human spirit, from there to the mind---from the mind to the emotions, and from emotions into physical matter.  At any point along the way, cars on the train can choose to "uncouple" and jump their track.  This is the very heart of the Grand Game.  You simply forget.......and in that forgetting, you forge a host of new universes........each of which has a life and a heritage all its own.

In truth, there is no section of this Train that is more than a few steps away from "home" at any given time.  But it can certainly feel that way, can it not?  And that feeling.......that sensation.......is what makes up the DRAMA and INTRIGUE which many souls crave, as they move through 3D.  Do you long for drama.......for comedy......or an equal mixture of both?   And what would we call that latter element:  DRAM-EDY?

That "Homing Beacon," which shines in every heart, is designed to begin its work ONLY upon the completion of a Limitation Journey.  We spoke to you about this when we described an "alarm" that rings in a person's consciousness, when it is time to awaken from the Limitation Dream.  But there are many reactions you can choose, when an "alarm" goes off......including the possibility of hitting the "snooze" button, and cycling back into the Game for an additional round of "hide and seek," or whatever variation on that journey may be desired before you are fully ready to awaken.

KEEPING YOURSELF "SAFE" AND INSANE

Isn't it amusing that the state of mind which you commonly called "sanity" is also the very mechanism which separates you from personal power, wholeness, and your soul's remembrance?  And.......by playing it "safe," and conforming to this world's consensus reality, you are taking the greatest risk of all?

When we speak to you about "Source Codes," we are referring to tonal cues and passwords that have been downloaded into each individual Game Format........like "backdoors" are initiated into a computer program.  Such information is usually available ONLY to the designer of the program.  By allowing yourself to hear, recognize, and respond to these tones......you are tacitly admitting to yourself that YOU are that Designer, and this particular program has been your creation all along. Hence the designated name:  SOURCE CODES.

And these special formulas for awakening are safety sealed, so that they cannot be accessed unless an individual has reached a certain "pitch" in his signature vibration.  Once attained, that pitch becomes an ACTIVATION KEY...........that allows access into an ever-expanding Holy of Holies..........or, using another analogy, a RABBIT HOLE to tumble into........one of incredible depth and consequence.

As Morpheus once asked Neo:  "Do you want to know how deep the rabbit hole goes?"  Do you wish to take the "red pill" or the "blue pill?"

Many of you are at a loss to remember how powerful and pervasive are your connections to the Divine.  And now, as you seek AN ANSWER for the cry that is rising up within you, there is a realization that those links which would connect you to this knowledge are ENCRYPTED, safety-sealed, and you must calibrate your energy to your very own Source Coding before you will be allowed in.

As we have said in other transmissions, Ascension is less a matter of ALTITUDE, and deals more with ATTITUDE.  And the essential vibration that gains access into the mainframe of your Master Computer is one of Neutrality, obtained through belief in Universal Oneness.  For some, this would require an increase of emotionality and honesty, and (what would appear to be) a decrease in reason.  Some folks are naturally so conservative and "straight" that they actually have to go out of their minds in order to come to their senses!   For others, the exact opposite would be true.  Being naturally chaotic in their ways, they will find true knowledge and internal access only when they have surrendered to some kind of "regimen" which has the power to regulate all or part of their lives, so their restless spirits can "relax" into the Reconnection Process.

However it turns out with you, know that we are here for you in whatever ways you need for us to be.  We are never very far from you........just far enough.   We will continue to address you, on many "wavelengths," and will wait patiently for your response.  When it comes, all will know......of this we are quite certain.