Grieving for those we have lost

LOVING MEMORY
Can't touch you
Can only hold you in my dreams
Can't see you as you were
Only in ethereal streams
Short time here didn't keep you
From all that you could be
Cutting thru the emotional cocoon
Determined to be free
Light became your countenance
Showing this life for all to see
like many, my world is bitter sweet
Dear loving memory
©Dale Wicks 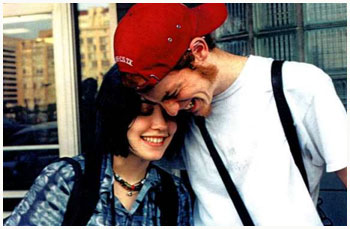 I've wanted to write about Cody and Rachel for months.  For those who want to know what happened to them and about who they were here on this earth.  I believe the shock of losing them is what has taken me so long.  What can you say about two young people so talented, full of life?  I am Rachel's  mother, but  feel that I knew Cody very well and loved him as if he were my own child. Jacquie, is Cody's mother and I would never try to take that place of knowing her son as she does. Cody loved his mother and sisters so much. You could say he was the man of the house. We had many conversations about how protective he was of his mom.  Not to mention the many conversations about the love for his mom and sisters.
Cody and Rachel met at fourteen years old in College Station, Texas.  They quickly became best friends.  I can only remember  few days they were not together.  If they were not at our house practicing and writing their music,  they were at Jacquie's.  That's why they became our kids,  Jacquie, Dale and I were able to share their lives.  They were musicians and may I add, among the best.  They worked very hard on their first Milkleg C.D. (for those without dreams)  along with their close friend and drummer Chris.  College Station was a small town and they felt they had come to a place with their music that they had to give it a shot in a larger city.  Dale, Rachel and I moved to Denver, Colorado and Cody joined shortly.  I had never seen two young people so excitedly  happy.  They quickly hit the music scene.  For such a short time in Colorado, they had so many friends, practiced their music every day, worked on new songs, and always planning their next move.  Moved into their own apartment for the first time.  With as little as they had , in their eyes you would swear God gave them a mansion filled with gold.
How can I describe Cody?  Well,  first I would say he was a beautiful , gentle, caring, patient, intelligent person who allowed us to be a part of his life.  It didn't matter to him what time, day or night,  I called to check on them he always treated me as if it was so natural for a mom to be checking on Rachel and him, though they were twenty -one years old.  Jacquie and I had been calling each other and the kids checking on them since they were fourteen years old.  These kids were just as proud of their parents as their parents were of them.  Once Cody and I were talking about why he wanted to make it in music. He said," first the love of music, then he thought his mom never had the joy he felt she should have in life, she always had to work to hard,  he had plans on making her life as he put it," the coolest."   I wish every one could have known him.
How can I describe Rachel?  First she was our beautiful child.  Intelligent,  inquisitive from the day she was born.  Wrote in note books and anything she could get her hands on since about the age of six.  We probably could tell you what she thought and did everyday of her life.  We have so many journals, even her last entry on the morning of January 22, 2005.  She loved music,  she said it was her baby.  I can still see the kids walking down the street,  Cody with his bass, Rachel with her guitar, draped over their shoulders.  What a pair???  Most of all they wanted to make a difference.  Write a song that would change this world.  They have so many songs that were written that will never be hard on this earth.  I thank God they completed the first and only C.D. ( for those without dreams).  I had the privilege of hearing the last two songs Rachel had written on her keyboard the day before they died.  We ate pizza together, laughed, talked about their future and as I was leaving Rachel pointed at me from their hall way with that big beautiful smile she had and said, " I love you mom and I'll talk to you later."  The last words I heard her say on this earth.
I could say a million things about these two beautiful spirits.  I will never know why God took them so soon, until the day I die.  Once I gave them twenty dollars for food and I asked them why they didn't get any food.  They said they turned it into ones and went out on the streets of downtown Denver and gave a dollar to each of the homeless.  Some one asked, " why are you messing with these bums ."  The reply was so natural,  " we look beyond the person and wonder what made them this way."
What I would say to others is don't be to quick to judge.  You may  just be looking at an angel sent from God.  Also,  slow down, there is nothing that important to do, were you take the life of others, that could mean everything to someone.  Like us!!!!
Rachel Wicks, Cody Vargas, left this earth January 22, 2005 in an auto accident.  Someone was in a hurry.  Quote from Rachel, " in a room with no walls is where i want to be."
Be free kids.  You will always be missed and loved by many.

Raising a Glass today, in honor of absent friends!

An Excellent Book:  "Mothers Who Cry in the Night" by Dr. Betsie Poinsett

Reconnections Transmission:  "An Exodus of Souls"