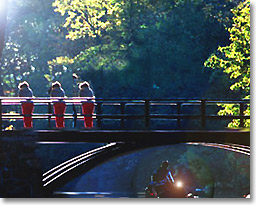 (Intro to a New Series, beginning next month in Planet Lightworker and  Children of the New Earth Magazines)