The Alchemical Artwork of Nan Deressa

At this important time in history, The Reconnections draw attention to the SPINNING of an Individual Merkaba to illustrate the QUICKENING PROCESS which comes about as consciousness begins to expand.  In days past, this sense of Acceleration produced shockwaves in human society---very similar to the intoxication humans are now feeling as we learn about and expand computer technology.

Jesus once taught:  "Suffer the little children to come unto me and forbid them not.  For it is they who make up the Kingdom of God."

Ascension Sexuality liberates us from adulterated, patterned, and agenda-laden forms of obsession/repression---replacing stale and over-used love "techniques" with a genuine sense of child-like wonder and awe.  It has no set "form."  Each individual gets to unfold this delicate and beautiful flower in whatever ways seem most natural and meaningful to him or her.

The excitement that rises when two lovers first meet PERFECTLY MATCHES the Quickening Energy that is now moving through our Planet as we transition from 3D to 4D and beyond.  It's very much like coming home! 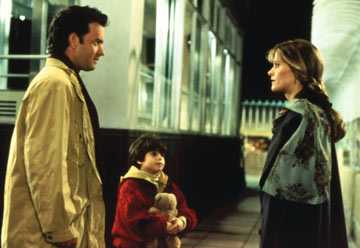 If they're unaware of the Bigger Picture, humans can get side-tracked into equating this Quickening they feel with a PERSON or LIFE ROLE rather than centering their attention on transformation, itself.  In other words, they "fall in love" with someone rather than "rise in love" with all.

And it's all good. Each person will do what he NEEDS to do in order to complete his (or her) mission in the World of Form.  All roads eventually lead us home. Some paths simply TAKE LONGER than others.

The dividing line between "Human Sexuality" and "Ascension Sexuality" feels very much like the dividing line between YOU and ME, when we're together in physical space.  There are certain attributes of YOU that I just can't replicate in the physical---appearance, certain physical skills, temperament, social disposition.  I can be similar, but not entirely the same.  And the same is true in reverse.  THAT'S why we manifest as two instead of one.  But in the ethers, in that "betwixt and between" which precedes these solidified forms, there are bodies of light where these distinctions are greatly reduced.  This is the realm of you AS me, and also the realm of me AS you.

Someone once said that the most important sexual organ in the human body resides between our ears.  But that would be an over-simplification.  The human brain is simply an abbreviated, localized relay station for Trans-Personal MIND.  And human senses are local receptors for activations and impressions coming in from a host of sources---in, around, and even beyond what we currently define as "self."

The Personal, Physical Element is meant to make a statement.  It stands and looks at the world and declares:  "I am."  The Trans-Personal Elements go on from there.......turning a statement into a new and innovative question:  "Suppose I were...?"

What was once termed "fantasy" by sexologists, over the years, is now being re-defined as ALTERNATE REALITY.  If it's ALL YOU, then it's all FAIR GAME for EXPLORATION.  But when we explore, we must "go there" as our Alternative Self, with no remnant of separation to spoil the dance.  This may be scary for some, and downright outrageous to others.  Fortunately, we don't have to SOLVE THE ISSUE in our minds before these voyages are made.  That mode of processing would be far too slow.  These are journeys of the HEART, and the Human Heart carries innate wisdom all its own.

In the days, weeks, and months to come........moving steadily towards 2012......we will consider MANY possibilities, and we will lay aside MANY objections and restraints.  Most of this process will be virtually effortless, though it will seem like feelings and sensings are flying all over the place! 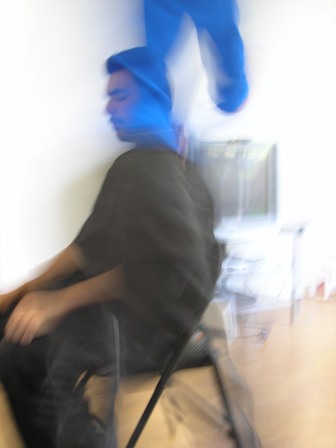 In our current "Gateways to 2012" Series on Blog Talk Radio, Gwynne and I are seeking to create a safe and nurturing atmosphere for ALL PEOPLE to learn about and expand their "Quickening" Process.  There are no "experts" where humanity is going now.  That's because we've NEVER BEEN HERE before.  Come join us as we explore "Ascension Spirituality, Sex, and Relationships" for the show.  Sundays, 7pm Pacific Time, 9pm Central.  Click HERE to find show times for your part of the world.