Your emotional flux is no longer a yardstick for how you're doing.  In the 3D World, folks are judged by their ability to "keep it together" and conform to certain behaviors which are generally accepted by society.  As your consciousness expands beyond 3D, your soul becomes a beach, where waves of "em-ocean" sometimes pound upon your shores. Since the source of these waves is generally "beyond" 3D physical senses, this turbulence is only noticeable by those whose senses have been expanded too----those whose Veils of Forgetfulness have begun to open up to what's on The Other Side.
These "waves" are REAL, just as the shrill sound of a dog whistle is quite REAL to the dog.  Humans don't hear it, because our spectrum of hearing is limited.  Similarly, your spectrum of emotional receptivity is Meta-Human (beyond human).  What you're experiencing is REAL, but it exists at levels of being which seem fairly irrelevant to 3D as we now know it.
Your progress, from this point on, will be found in your ability to distinguish between that which is immediately relevant to 3D and that which is not.  You will still be required to conform to basic behavioral standards, or you may end up in a hospital somewhere.  That doesn't mean you have to live your life in a straight-jacket.  When the tides begin to rise, and the "waves" come..........you are very right to go and seek solace in a private place.........where you can hang out until the "storm" passes.
There is purpose in these perceptions and these "storms" you're experiencing.  You're probably an empath, and your "sense" reception is very keen.  As you grow in confidence, and stop trying to reject this gift.........the seriousness of these emotional fluxes will diminish.  You'll lie back in the pillow, and you'll say........."Uh oh.  Something's up with the Earth again.  There's a tremor in the "Force!"
You must trust me when I say that these types of experiences are being recorded ALL OVER THE WORLD.  To me, this is very exciting. To you, it may feel quite scary, and that's perfectly understandable at this point. 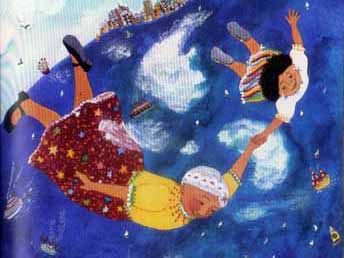 You've opted to become a "test pilot" for spirit.  This is all very new to you.  There are others whose "gift" is to serve as your ground crew.  Together we travel to the moon, the sun, the stars, and back.  Many of those journeys are part of an Expanded Soul's Inner Life.
Little by little, the energies on the planet are rising.  More and more people are opening up, and having these types of experiences.  What seems like a crisis to you today will probably seem "routine" before long.  That's when you begin doing your OWN "ground crew" work.  That's when the FUN PART begins!
In the meantime, when the storms come............hang onto your hat and your mind until they blow past you.  Do NOT judge yourself for having these feelings.  Imagine yourself to be a screen door, and let the "winds" and the "rain" flow right through.  Imagination and Visualization can be VERY HELPFUL during crisis times.  We'll talk more about that as time goes by.
When you reach out for help, there are MANY hands that reach back.  But some of them are limited in their ability to interfere with your process while you're going through these times of "training."  You are never alone.  But sometimes it feels that way.  We love you, more than you can imagine!

Daniel and The Reconnections.