"The original human nature was not like the present, but different.  The sexes were not two, as they are now, but originally three in number; there was man, woman, and a union of the two, having a name corresponding to this double nature, which once had a real existence, but is now lost, and the word "Androgynous" is only preserved as a term of reproach.  In the second place, the primeval man was round, his back and sides forming a circle; one head with two faces looking in opposite ways, set on a round neck and precisely alike; also four ears, two privy members, and the remainder to correspond.  He could walk upright as men do now, backwards or forwards as he pleased, and he could also roll over and over at a great pace.........

The man was originally the child of the Sun, and the man-woman of the Moon, which is made up of sun and earth, and they were all round and moved round and round like their parents.  Terrible was their might and strength, and the thoughts of their hearts were great, and they dared to scale the heavens, and they made an attack on the Gods.

The Gods took council and Zeus discovered a way to humble their pride and improve their manners.  They would continue to exist, but he cut them in two like a sorb-apple which is halved for pickling.

After the division, the two parts of man (the Androgyne), each desiring his other half, came together and throwing their arms around one another, entwined in mutual embraces, longing to grow into one; they were on the point of dying from hunger and self-neglect because they did not like to do anything apart; and when one of the halves died and the other survived, the survivor sought another mate, man or woman, as we call them--being the sections of entire men or women--and clung to that.

They were being destroyed when Zeus, in pity of them, invented a new plan.   He turned the parts of generation round to the front, for this had not always been their position, and they sowed the seed no longer as hitherto like grasshoppers, in the ground, but in one another; and after the transposition the male generated in the female in order that by mutual embraces of man and woman they might breed and the race might continue; or if man came to man they might be satisfied, and rest, and go their ways to the business of life: so ancient is the desire of one another which is implanted within us, reuniting our original nature, making one of two, and healing the state of man.

Each of us, when separated, having one side only, like a flat fish, is but the identure of a man, and is always looking for his other half....and when one of them meets with his other half, the actual half of himself........the pair are lost in an amazement of love and friendship and intimacy, and one will not be out of the other's sight, as I may say, even for a moment; these are the people who pass their whole lives together; yet they could not explain what they desire of one another.  For the intense yearning which each of them has for the other does not appear to be the desire of lovers' intercourse, but of something else which the soul of either evidently desires and cannot tell, and of which she has only a dark and doubtful presentiment."

"This charming fantasy springs from the feeling side of man, and puts into words the sense of longing that lovers experience--whether for one of the other sex or for one of their own--that goes beyond any rational explanation.  Plato's Androgyne seems to be extinct, and only the myth remembered.  But, of course, the myth never remotely referred to a species existing on earth fitting that description, but rather to that celestial world of the imagination where all the immortal prototypes for Creation have always existed.  The prototypes, like so many ideas conceived in the brilliance of pure inspirations, go through successively disappointing transformations until they are brought forth as mere shadows of the original conception.  So it is with the Androgyne, who arose in the the collective unconscious of the human race as an archetype; that is, as a dark intimation of a potentiality, never fully to be realized."

June Singer, "Androgyny: Toward a New Theory of Sexuality," by June Singer.

DJ:   As I think of this information, I think of the Tower of Babel, and the "One Language, One Speech" that was the basis for the building of a structure that could reach unto heaven.  Personally, I am led also to consider the presence of Jacob's Ladder (a portal into heaven), which gives a little plug for my namesake!

The Reconnections have taught us about this "Being of One Mind/ One Soul" in their exposition on "The Living Language of Light."   There are also those who suggest that sexuality, itself--which tends to coax up one's energy, and move two (or more) individuals toward a culmination of "one mind/one soul" (climax) is the original "forbidden fruit" that led us toward a uniting of humanity with the divine............albeit on a premature level........and was, therefore, frowned upon.  And it is still frowned upon, in many circles.  Add to that the more androgynous manifestations of homosexuality, and the acceptance of same, and we can easily see why all the "taboos" are being applied in our current hyper-masculine (reasoning) and structure-addicted society.

"Today, we recognize two sexes on this earth, male and female, but the image of the Androgyne is impressed on the psyche as a dominant of the collective unconscious.  Its existence is proved by the fact that it emerges from time to time in a multiplicity of guises, and in every part of the world.

Plato's Androgyne suggests, from a psychological point of view, why human beings seem to need each other in a way that goes beyond the demands of pure sexuality or reproduction, of companionship or of society necessity.  Do not lovers say to each other, "I am lost without you, incomplete.  With you I feel fulfilled.  I experience a sense of union when we are together."

Of course, the kind of love that I am making reference to is a symbiotic relationship, a relationship of mutual dependence where each person fills very basic needs for the other.  Each is the other half of the sorb-apple, so to speak, and one without the other is not a complete person."  ("Androygyny," by June Singer)

DJ:  The Reconnections give us teachings regarding this newly forming Being, called "The Hermetic Oneself."  Walking within a specified portion of the 3D Template, this Being forms a bridge between the "fantasy" longing of Plato's Writings, and the reality base within which we function now, albeit with great difficulty and frustration.

The emerging energy of this Hermetic Oneself--who contains and embraces both "sides" of the Collective Self, while still physically embodying only one side--is a powerful figure indeed.  In a sense, he is both Jesus and Magdalene combined into one.  The term "Hermaphrodite," which is also commonly employed in this sense, suggests that very thing: Children of Zeus, brother and sister, Hermes (male) and Aphrodite (female), combined into ONE SOUL.

Is it any wonder that human relationships are in a state of transition at this time?  Is it so nebulous to understand why the "nuclear family" is exploding?  Our souls are dilating, in order to encompass some new truth, or form of truth, that is starting to be realized in some part of the Collective--even as so many other parts are trying desperately to preserve the status quo, by calling everyone back to the "familiar" (family-like) roles and expectations--which haven't worked till now, and would not work if re-employed, simply because they are incomplete in their essence.

As the Venus Energy expands, our thinking and practices around love and relationship must expand with it, or we will be headed for serious disruption.   Dialogue on these changes (sex, relationship, society, child-rearing, financial health, and many more) are desperately needed.  If you have ideas on this, I encourage you to write me.  I am open to hear, though I may not be able to respond personally in great detail.  Unless I am otherwise instructed, contributions may be shared in the Research Forums or on the Web Site, anonymously and somewhat restated.  I will happily quote directly, and give your name and e-mail, if you so desire. 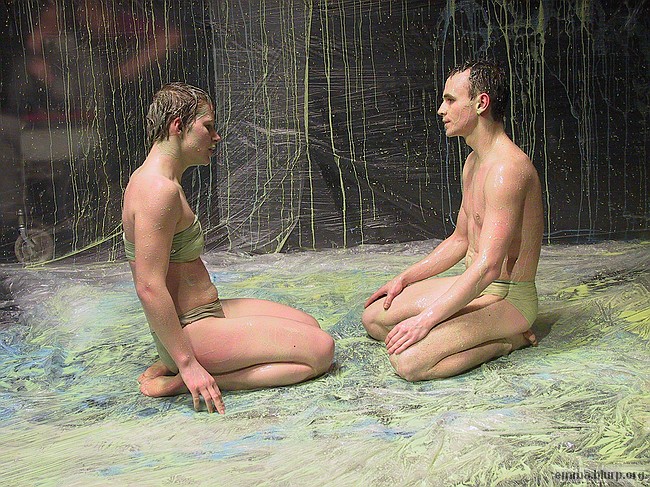