"What on Earth is Happening to Me?" 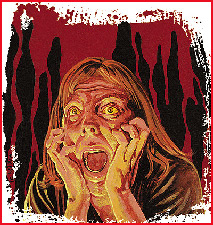 To assist us further, I am preparing a list of common G.A.S. Symptoms, which have been Conceptually Reframed by the Reconnections, so we can understand more fully what is happening to us and why.  This sector will be under construction for some time to come.  Feel free to add to the discussion.  Click link below:

There are those who have been feeling noticeable heat in their bodies at this time, as a result of the current re-balancing that is occurring between the masculine and feminine energies---in the collective consciousness and within various individuals.  It is as though a magnifying glass is concentrating energy only upon certain key areas of the Veil, opening up new pathways of perception and experience of life in the Greater Oneself.

This effect would be similar to those times, in astrology readings, when a planet goes "stationary" in regards to the Earth---bringing a higher concentration of the spirit essence which is symbolized by that planet, functioning very much like a healing laser, as it reshapes and changes the insulations which keep 3D from being bombarded by the rest of All That Is.

In fact, most of the “heat” we’re speaking about is experienced in the subtle bodies, which surround the physical vehicle.  But the heat that is generated there can also excite certain sense receptors in the physical body (as a sympathetic reaction).  When patients present themselves to physicians, it is hard to make a definitive diagnosis, since the heat is not really sourced within the 3D body.  What we are speaking about is an INNER FIRE.   The Recons urge us to simply let go of our fear, drink plenty of water, and breathe!!!!