STAR CHILDREN IN THE MIDDLE EAST 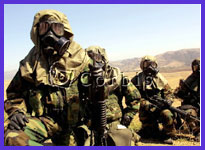 I talked again yesterday with a very interesting lady, whose son has recently returned from a tour of duty in Iraq.  At the end of our conversation, I felt a huge surge of energy and relief, as I felt Spirit had suddenly given me a whole new "view" of what is happening over there with many of our kids.

For months now, I have been inwardly seething about how many of our fine young people are sitting over in the deserts of the Middle East, cooking in the hot sun, dodging bullets and fearing for their very lives.  With two sons of my own (aged 30 and 26), I feel intensely with the parents of these soldiers, and I certainly experienced compassion for this woman's intense emotions, as she shared about her son's safe arrival home about a month ago.

Yesterday, she told me that he had returned to his base in California.  It was a wonderful visit, and she had plenty of chances to hug him, and cook for him, and savor the changes that had occurred in her son.  At one point, she told me:  "My son has always been an old soul.  When he was young, he was very wise.  When he returned from Iraq, there was something different about him.  The "ancient energy" in him seemed to have come forward.  He now has compassion, strength, and tremendous wisdom that sort of bubbles up from within him."

She later went on to tell me that her son had received a letter or a card from her every day that he was over there.  Many of the other soldiers never heard from their families.  After awhile, the disparity of mail for them became so obvious that he would give his own mother's letters to other people's sons, so they would have something to open from home.  She laughed, and then she said:  "Some of those boys in the trenches over there know more about my jobs, my employers, my concerns, and my cats than many of my friends know over here!"

As I listened to her story, my heart warmed.  And then I felt a huge "aha!" pulsing through my being.  I thought back on "The Star Children" material that I had written, especially about the number of our youth that are still "asleep" to who and what they are.  I pondered the percentages of broken homes, and the numbers of disturbed families that have been left behind as these fellows and gals go into military service.  I also pondered how many happy homes have been left behind as well.

Thousands of our young people are sitting over in the deserts of Iraq, dodging bullets, and baking in the hot desert sun.  As they are baking, their tender Star Child Consciousness is thawing out.  Deep inside them, many are using this adversity to contact their vast "inner resources."  They have to, don't they?  No one else is going to do it for them!

These kids are, quite literally, sitting in "The Cradle of Civilization," and they're being "rocked awake" by the sound of mortar shells and M-16s.  Those who elect to transition, as casualties of battle, will create ripples of sorrow in the pond of public awareness, offering silent testimony to the insanity that is being allowed to run rampant in our world today.

Our Star Children are being given a "Sojourn in the Desert," like those 40 days that Jesus took, as they prepare themselves for the worldwide base of spiritual service they will occupy in the awesome days of transformation that are to come.

The desert sun has the power to burn through denial, and melt away any residual Veils that block these kids' understanding of who and what they are, deep in the center of themselves.  It certainly seemed to do that for my friend's son.  When I think of it, I remember that segment of "The Ten Commandments" movie, where Moses (played by Charleton Heston) was sentenced to wander in the hot desert sun, while he denied the splendor of Pharoah's Palace, and learned to identify his heritage, with his God, with the Children of Israel.

Though I suppose that a case could be made, linking the development of our current Star Children and America's protection of Israel during these trying days, I can't really say that such an argument would be central to the core of Star Child Agenda.  For these kids, all the people of the world are "chosen."  Or, at least, all the world's people deserve a opportunity to choose.  This awakening of the Star Children involves so much more than a mere political agenda, or taking "sides" in some dispute.  It involves humanity's grand purpose in the Reconnection of All That Is.

Knowing the powerful activations that lie ahead for us, as well as those that are occurring today, I am comforted, yet filled with anticipation to see what these kids have to show us.  Though I would never purposely wish the horrors of war on anyone, I am slowly learning to accept the will of the Oneself, when it allows world leaders to squander the precious potential of our youth, in payment for their petty squabbles over ego boundaries, greed, or religious extremism.

Once again, Spirit has shown me that there is always an expanded view to anything, if we care to look for it.  Mine fell upon me in the midst of a discussion with the grateful mother of a wise young Marine.  And so it goes.  The plot thickens, and our world stands waiting to see what will happen next.

"Military life is such a strange and beautiful experience, especially during times of war. I was in The Marines, who have a legacy built around their sense of brotherhood and commitment to one another. I know that the military changed my view of the world, and restored my faith in human kind. I've literally seen people who grew up racist or only around their specific race their entire life who befriend the very people they were conditioned to despise. I've seen gay men and women treated more as equals in an environment that is by nature, presumed to be hostile to them, than in regular society. I've found that when one's life is placed in another's hands the same trivialities that apply in "the real world" don't play out the same. It also gave me a chance to see the world and experience different cultures. I was deployed to Japan for two years, and from there went back and forth to Iraq for about 6 years once the war kicked off. People legitimately hate Americans, not because they wish to be us, but because we are so disconnected from the things that really matter in life. We pay more attention to what celebrities tell us than we do the heavens. It's not for everyone because you do see a lot of horrible events played out, but the experience does breed revolutionaries."

Copyright, 2003 by Daniel Jacob.  All Rights Reserved.  May be copied and shared for purposes of personal growth and/or research.  All reproduction for profit, by any means, requires the