In the opening scenes of Steven Spielberg's 2005 version of H.G. Wells' classic "War of the Worlds," there is reference made to the manner in which the alien invaders from Planet Mars entered their war machines....which had been hidden underground, centuries ago on Planet Earth.  It was claimed that they "rode the lightning"......which is to say they projected themselves, via some advanced form of light beam.....into their waiting ships, as they arose from beneath the soil.  It was a scary proposition, any way you look at it.

Ever since the Roswell crash of 1947, history and Hollywood have been offering up alternative portrayals of Star Visitors and their relationship to humans---whether friend or foe. And it certainly seems that Spielberg has had a hand in presenting ALL VIEWPOINTS on the issue---in movies such as "Close Encounters of the Third Kind," "E.T., the Extraterrestrial," his excellent mini-series "Taken".......and finally, in 2005, his own rendering of H.G. Wells' classic tale of Marsian Invasion and defeat, through infection by Earth's tiniest citizens--viruses and bacteria.

In most recent days, there has been continued speculation about the possibility........nay, the probability.....of what has become known as FIRST CONTACT, which refers to undeniable, worldwide recognition of the presence of Extraterrestrials.  October 14, has been prophesied by many as the estimated time of arrival for a Galactic Federation Starship, in full view, stationed somewhere in the Southern United States.  Some claim this will be a "sign from heaven."  Others claim that it's all organized by Dark Government Operatives, and it will be the beginning of a ruse to be played on the peoples of the world, in order to support a New World Order.  As the Reconnections have mentioned in several transmissions, there are universes which honor ALL these possibilities and interpretations, and then some. 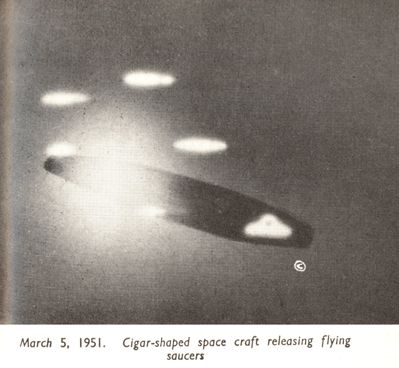 While "normal" humans are busy watching the skies for incoming ships, Star Kids and Upgraded Star Elders all over the world are volunteering to "host" Inter-dimensional Personality Aspects within their very own Form Ego.   Indeed, these energies DO "ride the lightning" in moments of time......not to inhabit "War Machines," but rather to share in essence with our very own physical-emotional selves.  As they do, we expand our perceptions of SELF, even as we allow THEM to expand their experience of containment of self within DEFINED SPACE.  It's truly a win-win scenario, since all are part of the Oneself of All That Is.

Occasional difficulties come when one "aspect" of the Multi-D Self gets frightened by the other (while both inhabit the same vehicle and physical space).  Those who are used to inhabiting INFINITY can become quite claustrophobic when locked into social customs or infirmities of the flesh when overly LIMIT their freedom, and force them to adhere to certain "rules." 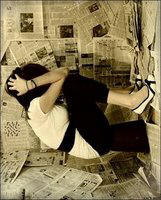 Those who have previously led predictable lives, easy and compliant, may find themselves a bit anxious and disturbed when they discover an Activating Presence from the Great Beyond has dropped in to help them with their daily tasks!  Some Star Kids reach beyond the Veil and pull back a bit of Radiant "Stuff," to alter their lives and personalities (Gifts, Abilities, Knowledge, Sensitivity).  Others open their Energy Field long enough to welcome an Inter-dimensional Landing Party.  A little "foreign influence" to brighten their/our day. During these highly transformative times, just about anything can happen---and frequently does!