When families are traumatized by an upsurge of dysfunction or need in a parent, the contributory gender trait that would ordinarily be brought in through that parent is short-circuited.  If the needy parent is female, the development and expression of emotions in that family is injured.  If the needy parent is male, there is often an impairment in a child's development of personal power, decisiveness, and the ability to support oneself.

All parents have conflicting ideas at times.  But the goal of coming together needs to be harmonization and oneness  If the conflicts in one of both parents results in an ousting, or a departure.......for "legitimate" reasons or not..........there is an injury to everyone's ability to integrate the qualities of that absent parent...............OR..........there will be a sense of alienation and taking of sides, because the parent who did the ousting was responsible for the family being broken up. 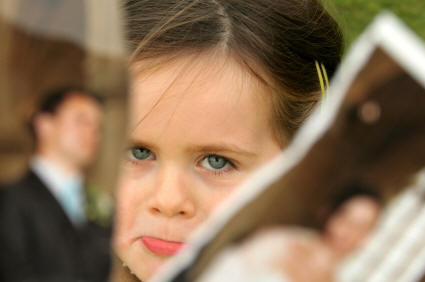 A good deal of this is programmed at a societal level............since our modern world is still preaching the gospel of FAMILY VALUES.........and treating divorced families like they are failures.

When families break up, there is a tendency for children to take sides.   Or, being unable to bond with either parent, they break away (emotionally or physically) and try to self-parent, in the best ways they can.
Self-parenting is a skill for the future..........and very necessary.   But it's hard, because there's often a lack of SUPPORT behind a person's efforts, compared to centuries of tradition that might come through the loving approval of a parent.  There's only a VOID............out of which he or she is forced to form a workable model of how to meet the world.........and HOPE that what he invents is enough. 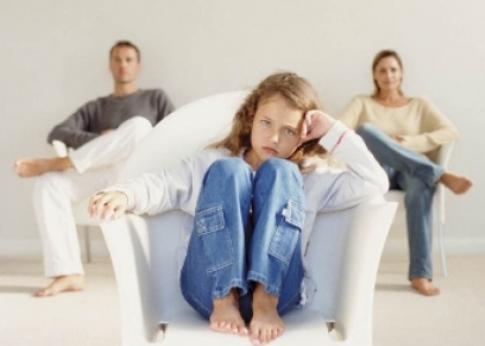 The expression "Most men live lives of quiet desperation" especially applies here............because the VOIDs of dead, missing, or ousted parental figures...........tend to be amplified in a young person's soul.   We ACT confident, but are we, really?  How effective will our personal strengths be, once they're pitted up against life's challenges?
Every Dad tends to take his own DAD STUFF into how he handles his sons.  This is true of Mothers with mothers..........and also across the genders.   When a parent reaches into that resource bag and finds a VOID, he will react in one of two ways.  He'll either collapse, he'll run, or he'll rage.  Mothers who reach into VOIDS and find no strength often collapse..........physically, mentally, or both.
One of the primary weapons a person uses against his VOIDS is an expression of false strength or confidence........followed by rejection, rage, or departure.  Drugs, Work Addiction, Sex, are other coping tools.  Some use religion...........which is a great help, but it isn't a replacement for a wholeness of body and soul.
When he finds a Void.......what he or she saying to the world is:  "I don't have anything to give you"...........and I don't know what to do about it, so keep your distance, please!   Since this is often unspoken..........that strong silence could imply POWER............hence "the strong silent type" reputation...........and even it is holds....... that power feels empty or numb.
Occasionally...........a person in this situation will go the exact opposite.............and become very verbal and expressive about lacks of power and/or confusion.  He will COLLAPSE.........in the midst of the family.......as a symbol of feelings that have gone unexpressed...............VOIDS that have been covered over..............and even forgotten...............
The Voids and Feelings of Anxiety this person might feel are REAL,  but they come across as exaggerated and baseless as the POWER might be in expressions of rage, toughness or silence.   Men often tend to rage when they really need to cry.  Women tend to cry when they really need to rage. 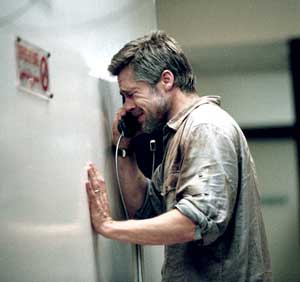 The restoration of clarity and support can only come when these underlying VOIDS can be addressed and new strategies for adaptation are developed.   Human Beings are TRIBAL by nature.  They rarely thrive alone.  But frequently, we try to go it alone because the PAIN of trying to work things out seems to outweigh the immediate advantages.   And it's true.......especially in families where trauma is intense..........and time has hardened coping behaviors into self-image and stubbornness.
Families of the Heart are support systems that can be developed through banding together with anyone and everyone who feels willing and able to handle the PRESSURE that comes with making changes in these important areas.  Blood Families are certainly welcome, but not always required.   When they do consent, however, the energy of that decision is multiplied, many times over...................that's how we're made.
The old poem says:  "Ask not for whom the bell tolls.........it tolls for thee."   John Donne.   When one person dies or otherwise departs, a part of the whole goes with him.   That's a powerful message.   And one one person cries out in pain, or shrinks in front of a VOID........all those in earshot must realize that he cries out for some part of THEM as well...........and take note.   Searching our hearts, and paying heed..........not just to a suffering person's (expressed) voids, but also our own (unexpressed) voids.   When this happens........a wave of healing moves through the entire group..................

"When our eyes see our hands

doing the work of our hearts, the circle

of creation is completed inside of us,

the doors of our souls fly open,

and love steps forward to heal

Excerpt from:  "The Extraterrestrial Factor in Human Consciousness"

DO YOU EVER FEEL LIKE AN ALIEN IN YOUR WORLD?

One of the most commonly shared experiences that is mentioned, by those who grew up on a transformational track, is the feeling of being an "alien" in their world.  Talking with the family, going to school, playing in the neighborhood, and otherwise attempting to fit into society was always colored by the sense that "I am different than they are."  Some people even imagine that the stork made a mistake when delivering them, and the records need to be reviewed and corrected!

If you look on the bookshelf of any "transitional" being, you're going to find a whole host of books that deal with self-esteem, socialization skills, gaining and receiving love, and how to be successful as a person.  I laughingly refer to these as "head books."  We collect them because, deep down, we have a pervasive sense that what is happening in us does not happen to everyone.  For most of our lives, this has been a "thorn" in the flesh---a continual irritation, and something that we have desperately wanted to change.

Now Spirit comes to us as though we are Abraham, about to plunge the knife into Isaac's sacrificial heart, as he lay upon that famous altar.   We are told:  "Wait!  Don't change that.  Leave yourself be!  Don't touch that dial!!!"

The Guides tell us:

"The feelings which you hold (or rather, the feelings which hold onto you).........are put there for a reason.  They were, early on, interpreted in such a way that they tended to limit you.  And that was well and good.  But now, in your latter days of awareness, what once limited you can now be a means of personal liberation and expansion.

Your feelings of personal "alien-ation" (so to speak) were designed to be INPUT MODEMS for contact with those who live in other places, other times.   They are RESONANT RECEPTORS for those who would seek to merge with human consciousness, mid-stream."

And let's face it, shall we?  If you enter a dinner party that is already in progress, looking for a friend, are you going to immediately walk over to the guy who is the center of attention, telling all the jokes?  Or are you going to scan the room, checking for someone who seems a bit ill at ease?  Someone who looks sharp, but has nothing to distract them, and might be open for conversation with another shy newcomer?

No one reading these transmissions is stupid.  But many of us have been made to feel that way.  The world seems to (outwardly) work one way, while we (inwardly) seem to operate in an entirely different way.

That can be frustrating, can't it?

And, my friends, I can tell you that Spirit............and the ETs...........are eagerly scanning this Earthly "Party" for those who seem a bit withdrawn, a bit intimidated...........and whose innards are "wired" in just such a way that they have no problem (and no objection) with connected to another "alien" who might want to come and join the party.   Once again.......I call your attention to little "Elliott" in the movie "ET.....the Extraterrestrial."  He was a bit of a loner, a recluse.  He felt weird and alone in his world, and uncomfortable in his skin.  And yet, in the end, he was the one who was flying across the clouds, calling out:  "He came to ME!  He came to ME!"

As we reach for the stars, we must rejoice, and give thanks for our scars.  Those things about ourselves that we've been most ashamed even to speak about, let alone accept.  The little "quirks" that make us feel "inhuman" or "weird."  Are we brave enough to do this?  Only the Shadow knows!  I look forward to sharing more about this, as the process continues.........Where no man has gone before.

OUR SCARS ARE OUR STARS!

Someday, we'll all understand.  Turn on Speakers, and Click HERE

Copyright, 2003-2006, by Daniel Jacob.  All Rights Reserved.  May be copied and shared, for purposes of personal growth and/or research, so long as the above URL and this copyright are included.  All reproduction for profit, by any means, requires the written permission of Reconnections, Inc.