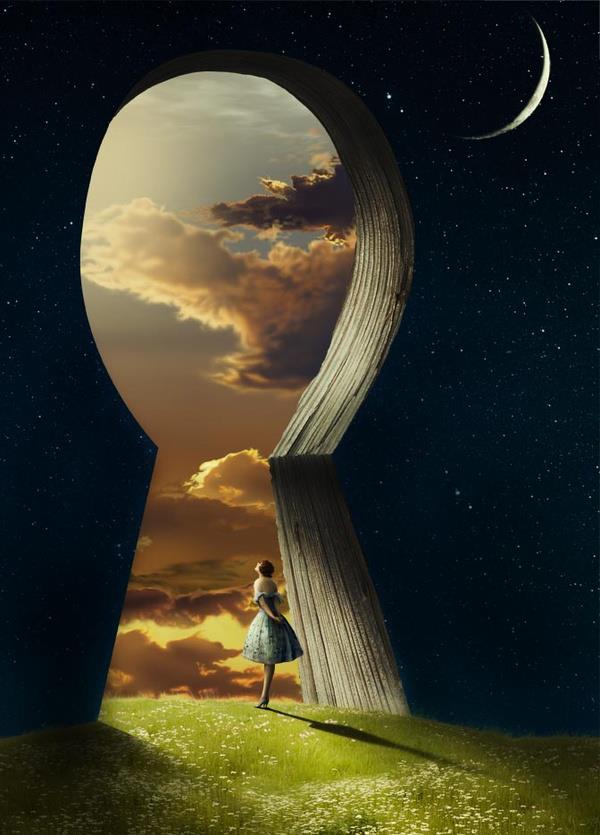 We now, with great joy, will open for you a portal through which you may step to freedom.  Before we do, we wish to give caution concerning the manner in which you have designed this most important stage of your great awakening.  On the surface, it would seem that what we will tell you is both obvious and inconsequential, especially when measured next to the many trials and problems which bombard a person everyday on the Earth Plane.  This is as it should be.  It is the effectiveness of this "camouflage" that has insured your longevity in physical form, guarding your consciousness from untimely or pre-mature departure.  Let us offer further explanation.

Psychiatrists' couches are full today with adults who are searching for missing links, those elusive memories and trapped emotions, that could account for the great sense of loss they feel originates in their childhood.  Many speculate concerning various traumas and connections, and those explanations partially satisfy---but there are still many questions left unanswered.  It is our purpose here to address fully the true nature of the real trauma of childhood---that loss so great that no one really recovers from it throughout their whole life.  It is the loss (the surrender, actually) of THE IMAGINATION.

We are not meaning to imply here that certain forms of ingenuity and fantasy--resulting in endless hours of creativity and fun have no meaning.  With that claim, we would have to go up against the likes of Walt Disney, Jim Henson, and Doctor Seuss---to name just a few.  Your entire world brims with a love for the Imagination.  And all inhabitants benefit because of it.  What we are here to tell you is that very few humans understand what IMAGINATION really is.

My dear friends---Imagination is real!!  It is a bona fide level of being that exists as a buffer (a sort of insulation) between the Limitation Plane and the Multiverse.  Real folks live there.  What has kept it hidden from you up to this time is your enthusiastic enjoyment of it, coated with your total denial of it's tangible reality and importance.  It is the "layer" of density closest to the conscious mind, which has direct interface with the Multiverse.  It serves as a "decompression chamber" through which each of you must pass  in order to enter and exit the "Etheric Plane."  And, it IS NOW AND ALWAYS HAS BEEN at your disposal twenty-four hours a day. 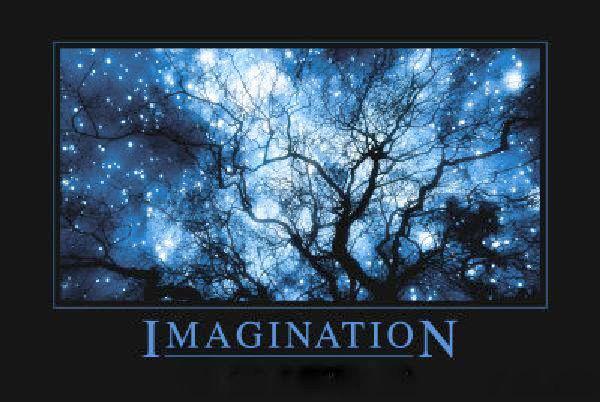 The principal mechanism of keeping you here in Limitation has been your belief in and perpetuation of a certain cynicism which "keeps your Imagination in perspective" and anchors you in "reality."  What that cynicism really anchors you in, my friends, is LIMITATION.  And, until now, that was all according to the Plan.  You designed it to function in just this way---as an anchor.  And your plan has succeeded!

Now, once we begin to replace your comfortable "fondness for Imagination" with a TRUE COMPREHENSION OF WHAT IT MEANS---our original cause for warning will take on a new significance. In truth, the Imagination is SO VAST AND POWERFUL that you have installed Beings (Angels, actually) at the entrance---Beings with the assignment to guide you in, when the timing is right, and to "bar the door" should you give indication that you would not be quite prepared to handle what you may find.

Through the intricate design of your subconscious mind, there has been gathered together finely tuned instruments of data retention---all of them monitoring and storing information that overlaps both the Physical Universe and the  Multiverse.  The filing system is pristine, with multitudinous "passwords" and "cues" that serve as activation keys for accessing the files.  This Hall of Records includes a catalog of experiences, knowledge, and even abilities which you, no doubt, have forgotten that you possess.

The Imagination is an Inner Modem that can reconnect you with Alternate Existences, Subpersonalities, and Inner Landscapes that would "blow Your mind" if they got called forth too soon, or by someone unschooled in integrating the energies that are represented there.  Yes, in a way, we are speaking here of Pandora's Box.

Indeed, your Mental Institutions are replete with individuals who, unaware of how or when it occurred, have established "contact" with portions of Self or Alternate Existence with which they are terrified  to deal.  Through trauma, capricious experimentation with drugs, or other such means, they have "ripped" the fabric that serves as a protection between "daily life" and " the Eternal."

But, this need not be so with you.  We are here to assist you in recovering and discovering who and what you really are, in a comfortable and efficient way.  The purpose of this sharing is to initiate you into a serious examination of the "undiscovered country" called The Imagination. 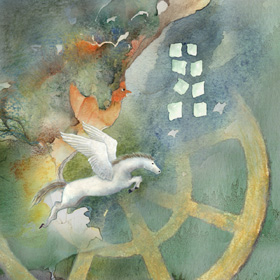 And we will conclude with a rather startling announcement that, as the "end times" come upon us, and the Grand Acceleration becomes eminent---that historical event known as Armageddon WILL OCCUR as foretold in Prophetic Literature.

There will be a last-gasp, literal battle between the Dark Forces and the Forces of Light that will usher in a new State of Being.  It will not be fought on the Physical Plane, however.  Many significant wars are being fought and will be fought in the Physical.  But the final battle to end all battles will be fought ON THE PLANES OF THE IMAGINATION--at the Gateway which leads into the Multiverse.

Many, who do not elect to "wake up" to Spiritual Knowingness at that time will not even be aware of the fight until it is over.  You have created us to tell you these things now because, when that battle is consummated---your life and existence will become extremely significant in a crucial and meaningful way.  More about that later.

In the meantime, be comforted and exhilarated.  There are many exciting times in store.  Just as Jesus of Nazareth both came and went during His Christ Incarnation with many being ignorant of the far-reaching scope of His Mission (because they were expecting something else)---so it will be that, in the last days of this Physical Limitation Focus, many will be looking to the sky for Angelic combat only to have Armageddon raging inside them unnoticed.

But YOU will know.  And, in your own personal universe, you are the only one who counts.

BACK TO IMAGINEER'S SECTOR

Copyright, 1992, by Daniel Jacob.  All Rights Reserved.  May be copied and shared, for purposes of personal growth and/or research, so long as the above URL and this copyright are included.  All reproduction for profit, by any means, requires the written permission of Reconnections, Inc.