A LANGUAGE WHICH FLOWS---HEART TO HEART 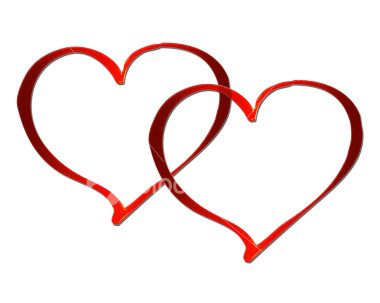 I believe one of the things that Workers of Oneness are here to create at this time is a form of LANGUAGING about expanded consciousness which sidesteps religion, science, politics, and other biases that tend to clog our channels from pure expression about such things.  It needs to be a language which flows from heart to heart, not mind to mind.  We could easily begin our revision with UFO terminology, since that is quite familiar to many of us.  I find it interesting that people get caught up in their ideas about “unidentified” things.  The Recons refer to these as “non-descripts”….because there is a purposeful omission of details and definitions which might pin them down within any one category of beingness.  It’s a deliberate AMBIGUITY, which leaves an opening for coloration by individual experience and interpretation.

Those who have not yet read “The Extraterrestrial Factor in Human Consciousness” are encouraged to do so.  This is a series that resulted from my year-long quest, in 2003, to deepen my knowledge of ETs and other such stuff, and frame it within a Reconnections Frame of Reference.

In that series……..the Guides introduce an expanded idea of replacing the term "Extraterrestrial" with "EXTRA-CONTEXTUAL"……….which is to say “They’re not from here.”   That idea refocuses the context of UFO examination from “this planet vs. other planets” to “my immediate realm vs. other realms”………which makes the observer a FOCAL POINT for the conversation, instead of (seemingly) “objective” locations in space.

A UFO sighting is an intersection between the YOU that exists in 3D, and other versions of YOU that exist below or beyond that notion.  Intensive searching on each “side” of an interaction creates a moment of intersect, while you and your “visitor” negotiate a meeting.  It brings to mind various sci-fi stories where a person is time-traveling and his current “self” comes in contact with his future “self”……….thereby causing a “ripple” in time.  Neither of those “selves”......or their worlds.... is ever the same after such a meeting.  Within the old separation mindset, there is even fear that someone might inadvertently change the future, thereby creating more problems than he solves.  This idea is explored thoroughly in the recent movie "The Butterfly Effect," starring Ashton Kutcher.  With a conceptual upgrade to Multi-Dimensionality, rather than Linearity---those kinds of concerns can be released.

This new form of LANGUAGING would take into account that any “sighting” I would have with something from “out there” (wherever “out” might be)……would simply be an intersection of all that I am willing to see or experience (in that moment)……..coming together with all that the “visitor” wishes for me to see of him, her, or them.   In this manner of thinking………the whole thing remains “unidentified” because it needs a perceiver and a transmitter to “fill in the gaps” of what that “sighting” will be.   Hence……..people and things are not “objects”………they are “subjects”………given form by a negotiation between how  I/we choose (or need) to perceive them, partnered together with how they wish to be perceived.

As the Vegan Ambassador said to Ellie Arroway, in the movie “Contact”……….”This is how it's been done for billions of years.”  The standardization of a vision (via multiple sightings) doesn’t really validate that format any more than a single sighting.  After all, there is really only ONE of us here.   What validates the experience is our WILLINGNESS to receive it, and to believe in it as part of our current journey.

The “search for truth” that everyone speaks about is, in essence, a search for SELF……….the multi-faceted, multi-dimensional SELF that has revealed him/herself……..and is being revealed all across time and space.   It’s all here, it’s all now, it’s all US…………if we are willing to deal with that realization.  The original fragmentation of souls was once dubbed THE BIG BANG.   Our current gathering in of souls, back into Oneness, has been nick-named THE BIG BOINK, by the Reconnections.  They do love levity!!!

Interesting Exercise:  Sit a line of people down in straight-back chairs, facing a line of people with whom they have never spoken.  Begin showing picture cards to one "side" of the room, by holding them up behind the head of their partner.  Instead of identifying what the picture is, or what it means.......ask the viewers what or who comes to mind when they see each picture. When that image or impression makes itself known---ask the viewer to hold that thought for a moment, then clear his focus for the next picture.  Repeat the process, using 9 more randomly selected pictures. Take it slowly, so the viewer has plenty of time to let his mind embrace the images or feelings which get "triggered" by each picture.  When all ten pictures have been shown---ask the side of the room who had NOT seen the pictures to share, in as much detail as possible, what they "know" about those who completed the exercise.  When the sharing is done---switch sides.  You'll be amazed at how many TONES get communicated, without the use of words.

MORE TO COME ON THIS.