What is an Emo Kid?   Opinions vary.  Some say usage of the term speaks to the Emo-tional Make-up of these young people.  Most are tender-hearted, empathic, and highly sensitized to injustices perpetrated in society.  Emos purposely lean into philosophies and subject matter that mainstream society might tend to shun---including Shadow Work and Dark Side Energy.   In my experience, most Emos appear mid-way between Indigos and Crystal Kids.  Their life purpose is innovative and presents a bit of a confront to the ways and workings of "Babylon," such as an Indigo might do.... but their approach to that mission is gentler, suggesting more of a Crystal Kid mindset.

When considering Emos, one cannot overlook the definitive manner of dress and hairstyles that have been associated with the term.  Thick-rimmed glasses, hair down over the eyes, dark eye-liner, and goth-style dress.  In fact, many Emos represent physicalized versions of characters found in works of Animé.

The first usages of the term "Emo" were applied as far back as the mid-80s, where they were used in conjunction to emerging styles of music.  At that time, Emo appeared as hardcore punk music, most prevalent in geographic areas around Washington D.C.  (Wikipedia).

Starting in the mid-1990s, the term emo began to refer to the indie scene that followed the influences of Fugazi, which itself was an offshoot of the first wave of emo. Bands including Sunny Day Real Estate and Texas Is the Reason had a more indie rock style of emo, more melodic and less chaotic. The so-called "indie emo" scene survived until the late 1990s, as many of the bands either disbanded or shifted to mainstream styles. As the remaining indie emo bands entered the mainstream, newer bands began to emulate the mainstream style. As a result, the term "emo" became a vaguely defined identifier rather than a specific genre of music.

Emo Kids are often outcast in mainline schools, because their dress and their ways represent New Paradigm attributes that haven't quite come into mainline acceptance yet.  Among these would be sexual androgyny.  One New Kid Parent whimsically remarked that "today's kids are not hetero, homo, or bisexual.  They're really "Tri-Sexual," which means if it's sexual, they're gonna try it!" 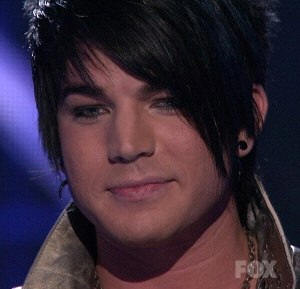