GATHERING THE CLANS AND TRIBES, Pt. 3

The ripples in our Planetary Stream continue, as I enter into writing this next segment.  We have just completed The 12:12 Activation (December 12, 2005)--A Mystical Marriage Initiation, which inevitably results in the birthing of a Magical Planetary Child.  And we are all here, each in our own throes of Oneself Planetary Labor, and it feels as though NOTHING can quiet our hearts, save the steady assurance that we will, indeed, pull through.......and we will see our deepest desires come to pass!

Enough interest has been generated now, and enough exposure has been attained........that a host of people, all around the world, are coming online with certain basic truths about The New Paradigm, even as many are also feeling the urge to do something about what we know.  With comprehension comes responsibility. And, as the resonance spreads through us, and we nod and smile---the energy within brings forward a familiar Sacred Mandate:  "Either put up or shut up."  And so here we are.....looking inward, looking upward, and wondering what's going to happen next.

"Something's happening here.  What it is ain't exactly clear."   These are words that were spoken by Stephen Stills and his band, back when I was a lad.  They're being spoken again today--BIG TIME.  In truth, did they ever stop being spoken, or did I simply stop listening?  I had my own Limitation Journeys to take, within the last 40 years.  Now it feels to be time for me to take my journey HOME, to that inner place of Knowing and Blending, where everything comes full circle.

LET THE SUNSHINE IN

I am a bona fide "Child of the 60s."  I was there, in Southern California, right in the midst of it all.  I graduated from high school in 1967, had a draft number of 370 (Thank God!).......and worked hard at my studies in college so I wouldn't even have to think about Viet Nam.  And yet, I certainly DID think about it......even as many young people today are thinking about Iraq.

I was a folk singer in those days, and my icons of inspiration were Bobby Dylan, the Beatles, Judy Collins, Joan Baez.......and, most of all....... Peter, Paul and Mary.  When Peter Yarrow took center-stage, and began singing:  "Take your place on the Great Mandala......."  I snapped to, and did just that.  It was a marvelous time, a magical time, and I still glow when I think of it. 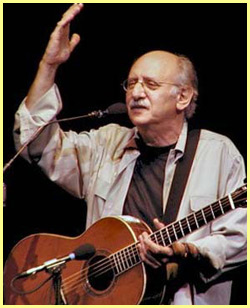 I have a huge affection for the 60s, and at the same time, I realize that the era we are in now is NOT the 60s, and the concept of "Gathering the Clans and Tribes" is NOT a re-enactment of Woodstock, no matter how much my Baby Boomer heart would love to see it.

In the 60s, we sang "Let the Sunshine in."  But really, what we experienced back then was MOONSHINE........in the form of drink, drugs, sex, and rock and roll.  Seeds of the Oneness Concept (called "Flower Power" in those days) were planted in our hearts.......and we elected to experience that idea from the ASS END first--as intensity of feeling, chaos, frivolity, and a curious kind of "freedom" that didn't end up feeling so free.  The 70s and 80s ushered in a huge conservative backlash, which appeared to wipe away whatever good came of it all.

I say "appeared to wipe away," because memories of that era, as well as an irrepressible Spirit that was and is Woodstock, remain forever enshrined in our hearts--sort of like a wondrous dream that we were never quite able to finish.  It seems as though we simply woke up too soon.  But it left an IMPRINT on us......which nothing can wash away.

Remember that great dialogue in the 80s movie "The Big Chill?"  A bunch of 60's hippies, coming back together for the funeral of a friend (who killed himself, by the way), sit wistfully pondering how the wild and free aspirations of their youth got swallowed up in materialism, "responsible" adult living, the PTA, and the daily battle for bread.

What was missing in the 1960s, and what is missing now......is a healthy dose of the love and enthusiasm which characterized that era, mixed and mingled with physical groundedness, vision, focus, and clarity of intent.  The "recipe" for it would be comprised of equal parts spontaneity, joy, full-spectrum awareness and personal integrity. 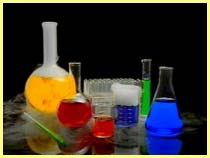 That latter term is of special importance, and The Reconnections define INTEGRITY as "willingness and ability to integrate" with everything and everyone, AS SELF.  Promises made become promises to Self, and initiatives into our space are counted also as coming from some aspect of Self.  The Law of Reciprocity becomes the order of the day.  What is desired by one is considered to be a reflection of ALL, and what is declined by one is also a reflection of ALL.  Slowly, we begin to realize that we are each parts of an infinitely variable, multi-faceted jewel.

The leaders and investors who set out to produce Woodstock had no idea what was in store.  And when an overwhelming tide of passion and enthusiasm came crashing all around them, they did the best they could to ride (and guide) those waves, so that a singular statement of feeling could be made. And it was. And now, years later, we find ourselves asking the inevitable question:  "So what?  Now what?"

This is inevitably the question a person must ask, when he finds he has been caught up in an extreme.  The revelers at Woodstock, many of them still died-in-the-wool hippies to this day, might ask themselves:  "What happened to the Garden?  Weren't we starlight and golden?  Weren't we trying to get back there?"

Perhaps some of them LIFTED OFF from the Earth Plane (turned on and dropped out) before the Garden arrived HERE.  It's headed this way, you know............

And our Big Chill Generation........deeply entrenched, perhaps, in the World of Corporate or Techno Wonder....some of them laden with gold (or at least a healthy IRA), feeling now a bit shallow of heart and mind, find themselves curiously humming the tune to "Where Have All the Flowers Gone?"  And they, too, look at their houses and cars and boats, and ask:  "So what?  Now what?"

Practically, this narrows down to two things:

The physical world is our MIRROR.  It is the INNER LANDSCAPE of humanity where the war is being fought, at this time.  We have no need to physically, tangibly ALTER the Earth Plane one iota, in order to gather our Clans and Tribes.  It is, first and foremost, something that happens inside each of us. It's very personal.  Many will do this on their own, wherever they are.  But for some, there is a need to congregate physically, formally, and with a certain degree of respect and celebration.  That is what Sedona is meant to be.

The Reconnections put it this way:

"The shifts and changes we are describing here cannot be enacted through political action or deliberate intent.  They are born of a higher vibration, and can only begin manifesting when humankind lets go of its addiction to ego-centered control, and simply begins to flow with the river of life that has always been within you.  The struggle and hardship of your Limitation Journey are just about complete!   Your hearts are opening, and becoming knit-together through communication, and your growing realization of who you really are.

To realize that there is ONLY ONE......regardless of that One's various masks and faces, smiles, tears, or overt actions ......is the beginning of a new world, right then and there. And it only takes One, for that is all there really is, or ever was!

As this One begins to own each "other" one, and another, and another, as self......continually expanding his or her identity....and sentience of self---an innate force of personal homeostasis begins to take over.  It isn't a "negotiated peace" at all. It is now, and always was inbred. Natural. Quite efficient, really.

In a Reconnected World, as in an aware, functional human body......the instinct for self-preservation always ends up reigning supreme. All AS One, One AS All. Every man for himself. But friends......what a "self" ye all are! Focus! Realize! Relax into it! You'll be amazed.

It is the belief in your perceived "other" as separate from your Oneself....that gives birth to fear......and eventually to various forms of Politics.  And.... even though a person's politics are fair, honest, and true......they are still the fruit of a poisoned tree, an illusionary tree......called "Separation."

In regards to this Clans and Tribes idea......I feel that we're only laying a foundation for this now.  It's an inward thing, really.  You begin identifying and gathering in all the images of folks that symbolize YOUR NEW FAMILY, and you multiply that, in your mind and heart, and FOCUS IT.......and PROJECT IT OUT.......to a hungry and confused world.

Remember the words of the Reconnections, as they shared with us in the very first transmission:

"My Friends, you are the Creators of your reality. Once the illusory separations that exist in your mind, body, and planet are reduced (but not eliminated)--you will CHANGE, "in the twinkling of an eye" into a larger and more powerful representation of yourself than you have ever known.

My Friends, in your own perceptual reality: YOU, are the 100th Monkey!"  (end excerpt)

This "Hundredth Monkey" idea is no joke (see above link)  I have had people step forward, over the years, and try to tell me that the story where that term originated was not real.  They say that it was an URBAN LEGEND, and it never took place.  And I have to smile, since their statement reveals that they do not yet understand how the MULTIVERSE works.  If you hear it, and you believe it, it EXISTS.......somewhere in the Multiverse.  No amount of skepticism and "reality checks" can eliminate that powerful idea.  Faith is the SUBSTANCE of things hoped for.  The Evidence of things not seen.  (Hebrews 11:1).

The idea of CRITICAL MASS is upon us.  It is an idea "whose time has come."  As the Mass Consciousness moves ever closer to the BREAKING POINT, in physical limitation and mental resistance........the activities and informed focus of "a few good men (and women)" can do wonders for our collective process.

"The effectual, fervent prayers of a righteous man availeth much."  (James 5:16)

When we speak of "righteousness," within the New Paradigm, we are not talking about blind adherence to some "code of conduct," or some religious observance.  Instead, we are speaking of a person who is in right relation to himself, the Earth, the Heavens (Wisdom), and the Underworld (Primal Energy).........the type of person who has been aligned, within the Core Self (or is willing to be)......to tackle the tasks at hand.........Someone who is grounded and aware.....and is ready to be engaged in THE GREAT WORK.

Spirit has been doing a lot of talking lately about a "Mystical Marriage" that is taking place in our midst.  The diversified souls of humanity are being knit together with the SOLE CREATOR of the Multiverse: The Majestic, Glorious Oneself.

We are deciding, along with Neo, in "The Matrix,"........ whether or not we are willing to be "The One," within our own personal universe.  We can each BE THAT, you know.  Making yourself "The Hundredth Monkey" for your personal universe does not take away power from another. Your Universe.......or YOU-niverse, if you will........is YOUR seat of power, and my universe is mine.  There are no conflicts.  There is only collaboration.  Co-laboring.....

More to come on this!

Daniel and The Reconnections

"If You Build It, They Will Come" *(click here)

Copyright, 2005, by Daniel Jacob.  All Rights Reserved.  May be copied and shared, for purposes of personal growth and/or research, so long as the above URL and this copyright are included.  All reproduction for profit, by any means, requires the written permission of Reconnections, Inc.