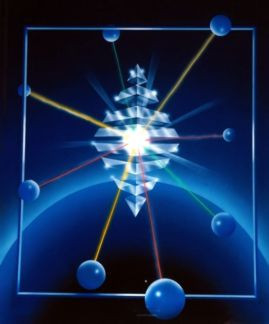 When reviewing and studying the idioms and expressions within your language, it is important to know that hidden between the letters and lines are continual clues regarding your extensive relationship with the glorious Multiverse.  The phrases, expressions, and constructions of words all betray your pre-incarnate knowledge, concerning everything about your journey in the World of Form..  To be exact, you have prepared your holiday celebration in advance and then you have promptly forgotten it----just so you can be surprised anew.

A fitting example is found within the word "pretend."  Now, if it is divided up into the two smaller words it combines we would view it as: "pre=before" and "tend=take care of."  So, if we wish to be literal, there would be the picture of "taking care of something before it arrives."  Many who continue in their spiritual sleepwalk tend to define the meaning of "pretend" as a childhood flight of fancy, with no basis in fact.  But take a look at the word again.  Hidden there, visible only to the eye that wills to see, is an amazing formula for manifestation.

It is also worthy to note that the alternative phrase which also describes this concept of "pretend" is the expression "make believe."  As you will recall from previous transmissions, belief is what forms the programs in all portions of the Multiversal Game.  To believe in something is to call forth that element into tangible form, somewhere within the Multiverse.  Though it may not be manifest at the "first person" level, it will surely be there.

If this be true, then an acquisition of belief (faith) is the central factor in the practice of what has been called magic.  Now, listen carefully.  What the two phrases above, viewed together, seem to indicate is:  "To take care of something before one gets it is what makes belief."  The very act of pretending is its own kind of BELIEF FACTORY.

Let's take some time to examine the word "prepare."  If it is also broken down, the two ideas it combines would be:  "pre=before"  and  "pare=trim, or cut up."  So, the picture that is presented is one of cutting up something (like a pizza!) before you can eat it.  Additionally, this word has been used to describe the process of slicing and mixing something (like lettuce and other raw vegetables) and combining those pieces to form something else, such as a salad.

Finally, the same word has been applied to portray the idea of making a space ready for something before it arrives; as in the phrase ".....prepare ye the way of the Lord."

All of these words and usages indicate a planning, or fundamental pre-knowlege, though sometimes it will be unconscious, of a fact of the Multiverse which we wish to now emphasize.  EVERYTHING ALREADY EXISTS.  We have spoken of this many times before.  The ideas of past and future are merely perceptual constructs, when they are viewed from the Multiversal perspective.

If the world that you know was a custom-made coat, it would be the stitch work of a Divine Tailor.  If the infinite possibilities of All That Is and All That Could Be were laid out, like fine cloth, your eyes and your ears would be as His shears--cutting from that fabric of piece of space and time.  Within this "raw material" there exists the potential for construction of any pattern, and any design--existing simultaneously, at many levels of vibration.

Therefore, the act of manifesting something or someone into physicality is made up of three essential steps:

Of course, if (as in a salad) the new entity produced is a compilation of many other entities----then an additional step of assembly is inserted between steps two and three.

Now, as we said earlier, BELIEF is the essential ingredient that bonds the whole process together.  One must believe in the borders he is drawing before they can form a finished product.  Additionally, the Creator must believe that he has the right and the ability to draw them in the first place.

Finally, it is the filtration process that requires the most faith.  It consists of something that is produced from nothing as well as something that is reduced to nothing.  It is all in the inner workings of the Magic Manifesting Mind.  In Biblical terms, it is stated that "Man was formed from the dust of the ground."  The "dust" that is being spoken about is Multiversal Mind.  The process of outlining a form, separating it from the whole, and making believe that the "rest" of the Greater Whole does not also exist.  Is this not what the Grand Game is all about?

FIRST YOU SEE IT, THEN YOU BE IT

Within the above frame of reference, then, is pictured a Multiversal view of manifestation.  If, however, a player is viewing the situation from a Limitation Viewpoint, he or she must visualize the image as appearing backwards (as one would an object that is seen in a mirror).

If a person, object, or situation already exists in the World of Form, and a creator wishes to remove it -----he would simply have to erase the lines that border and separate said element from himself.  Do not forget that, once an object or person exists within the Multiverse----it ALWAYS EXISTS.  Yes, Dear Friends.  To quote a famous line from a movie:  "Some things exist whether you believe in them or not!"

To make something vanish, then, the only thing that must be erased are the lines that border the drawing.  At that point, the core of the image can be blended and transformed into whatever the creator desires.  What then, is the fuel that energizes this process?  It is BELIEF!  What is it that creates belief?  We mentioned it earlier.  It is "pre-tending" and "pre-paring" for the erasure of old lines (of separation) and a re-drawing of new ones.  Even in the presence of the "old situation" there can be a space created for a new one.  Let us quote for you the precious words of another great movie:  "If you build it---he/they will come."

The fundamental blindness that simulates a temporary nonexistence of something (or someone) arises from purposeful LIMITATION PROGRAMMING that declares the outer edges of the fabric, out of which a specific form is cut, are no longer there. A little girl cuts out a paper doll from a piece of construction paper.  She admires it, and then she throws the rest of the piece of paper in the trash.  Gone. Forgotten. Discarded.

But this is the game.  EVERYTHING IS ALWAYS THERE.  Where else could it go?  Parts of the whole picture are simply FILTERED OUT. They are forgotten. Therefore, when a Player in Limitation begins to "Pre-tend" about the existence of a condition he desires to come to pass, he is not "beating empty air."  The air only appears to be empty!  Within the template of his mind, that magician is fashioning and forming the image of a new piece of fabric to be cut.  He is putting "feet to his faith" by actively behaving within a PRESENT CONTEXT OF REALITY as though the desired condition already exists----which, of course, it does!   Do you see how the language you use shows that, deep down, you already know what's about to happen?

So, my Dear Friends, we have just given you a tour of The Belief Factory---the "lost" art of pretending.  We have examined the concept of preparing as drawing lines of distinction, filtering out the Greater Whole, and installing new concepts to replace that which was taken away. We showed that the "tools" that you utilize to accomplish this, are time and space.

And finally, we wish to call attention to a word which most characterizes the entire flow of this most important time in your time of transition.  We wish to look at the word "REMEMBER."  For in this word is pictured the concept of arms and legs, which were once amputated (dismembered) from a physical body, being sewn back onto that body.  "Re" means "again" and "member" refers to the missing parts.

This, then, is your time of "re-membering."  You are about the process of restoring and redrawing yourselves back into the grand portrait of the Multiverse.  This limb that's been dismembered--your World of Form--has, for many years, been seen as a Wholeness unto itself.  Yet, sometimes, when there is stillness, you can feel a kind of "phantom pain"..........memories of that Greater Oneness.

Reality is like an enormous crystal.  Every form, every possible expression, is but a facet of that same One Jewel.  For a time, within its own context, each aspect appears to be complete and whole. Yet each flicker of brightness, like pieces of a huge puzzle, reaches beyond its horizon to someday join with that Greater Light.  The Time of Reconnection.

And now, Dear Ones, that concludes our tour.  The Belief Factory.  Pretend, Prepare, Remember, Reconnect.  So it shall surely be.  So has it always been.

Copyright, 1992, by Daniel Jacob.  All Rights Reserved. May be copied and shared for purposes of personal growth and/or research.  All reproduction for profit, by any means, requires the written permission of Reconnections, Inc.