Trans-Portals: They're everywhere:  <Recons> "All around you, in every place, there exist various types of Energy Gates---portals in time and space---through which a person can pass to new life and experiences."

Energy Gates:  Many Kinds:  <Recons> "Some are visible, and some are etheric.  All of them are real.   Some are tied to specific physical locales.  Simply to visit these locations is to be transformed.  Other portals require energetic  "passwords" or "vibratory signatures" to activate them.  Still others require the usage of passwords and code keys, along with "sponsorship" by an Etheric Master, so that the unconscious or unprepared can not enter them unaware.

We're ALL Doing It:  ALL the time!  <Recons> "You would be quite surprised to know how many fantastic journeys you have taken---only to file them, forget about them, and resume working at some mundane task.......as though nothing had happened to you.  Rest assured, your "travel photos" are all kept safe and available, waiting for the time when you will review and enjoy them again.......a time that is rapidly approaching, by the way!"

Welcome to the Multiverse!  The complete compilation of alternative, possible/probable universes, all of which represent levels of YOU.

About Multidimensionality:  Each of us has many facets of self that are in operation.  They exist in various dimensions---separated, divided by a Veil of Forgetfulness.  As we understand more about our Multidimensional Nature, and form links with alternative selves, we grow and expand incredibly.

Variations of Personal Experience:  Some people have vivid awakenings, in regards to Astral Travel.  Others are very subtle and subconscious about it.  Generally, the more vivid a person manifests something in 3D space or experience, the more difficulty he or she is having with it at higher elevations. Contrary to popular opinion, people who have dramatic journeys are not necessarily stronger at it than others.  They simply have a more extensive life assignment around the idea of breaking through denials--either their own, or other people's.  Each person's level of comprehension and vividness of experience is perfect.

The "Silver Cord"  In days past, people used to speak of going out of their bodies, with a silver cord attached to them.  They claimed that this kept them from getting lost, so they could return to their original body when they were done.  Nowadays, the "silver cord" consists of knowing that IT'S ALL YOU, wherever you are.  Everything beyond that takes care of itself.

What is an Energy Gate?  It's a place in reality where a seal has been installed, to give the impression that reality has a beginning, a middle, and an end.  The ILLUSION OF LINEAR CONTINUITY is one of the mainstays of 3D reality.  Without a sense of FLOW, going from "here" to "there," 3D reality would collapse.  An Energy Gate makes this possible.  You open it, go through it, and close it again---behind you.  An Energy Gate can be anything--a physical door, a picture on the wall, a book, a TV screen.  You look at the basic image, and then you visually/perceptually CLICK ON IT, like a hyperlink on the computer, and you are automatically taken deeper, into some new realm of expanded detail on that subject.  Perceived Reality is very MOSAIC in its design--layer upon layer, hyperlinked together through individual code keys and passwords.  The more you keep "clicking" on an image, the deeper you go.

Computers, and Computer Terminology:  Humanity did not just MAKE UP the idea of computers.  We really REMEMBERED it, based on how our inner reality works.  And, even though external technology is quite rudimentary, in comparison to our internal equipment, the lessons that can be learned through the comparisons are vast.  We use computers as a simulacrum for our ever-changing inner states. 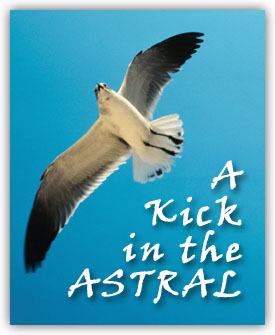 The Transport Process:  Disintegration, Transport, Reintegration at a new level.  It happens so fast, we barely notice it.

Phase-Shifting:  <Recons> "When a viewpoint refocuses, from the players to that of the Expanded Self, this is called a PHASE SHIFT.  Micro becomes macro, and consciousness gets activated up and down the energy spectrum.  What we are describing here need not exclude an OBE, or any other helpful Astral Experience.  Reconnection is about getting back what you once were and recovering what you voluntarily laid aside to enter this World of Form.  The Ascension Process, currently being enacted on Planet Earth, is a systematic series of Phase Shifts---back and forth---until all levels of the Oneself Consciousness have learned to "walk in each other's shoes."  Also known as "Energetic Transposition."

Dreams: Regular and Lucid:  (the Holodeck)  The concept of DREAMING AND DREAMS covers the Limitation Consciousness from fully comprehending what is happening when we make our excursions into The Multiverse.  We take flights of fancy, and refer to them as DREAMS in order to keep a firm foothold on what we believe is "real," and what isn't.  When we journey out in this way, we say::  "Oh, it's just a dream......,"  and we assume that will be that..  But there is much more to it than that.  A Lucid Dream is a dream state so real that you actually have to install someone within it, to say:  "This is just a dream."

Flashbacks and Flash Forwards: Remember, you may only register movement through one modality of Inner Perception.  While other "files" remain "open," in a particular 3D reality context, you may decide to go "walking" through other contexts, via another modality.

Ascension:  <Recons>  "Ascension is not just about bunches of people going up.  Humankind is also in the process of bringing Heaven down to Earth as well.  Many universes there are, and many ways in which this intent is playing itself out.  It's just as easy to lower the ceiling as it is to raise the floor.  But why would you want to do this?   Primarily, it is because most of the best things are happening down here on the floor!  The celestial realms are limited, even though they are vast.  A person can be just as blinded by too much LIGHT as he can by too much DARK.  This is why physicality was invented, and why your collective evolution is so important to so many different life forms at this point in history."

Dreams of the Mass Mind:  Various forms of public media:  TV, books, art, motion pictures, radio, etc.  Because they are all tied together with commerciality, they must be accurate.  If they don't accurately reflect the mass consciousness, they usually fail, in a commercial sense.  This is an additional motivation to get it right the first time.

Remote Viewing:  A technology used by the military, for intuitively discerning the existence and detailing of remote enemy targets.  Honed to a fine art.  It is said to have been used extensively in the 80s, but is doubtless still in existence today.

A Kick in the Astral

The World is My Desktop

Hip-Hopping Through the Fourth Dimension

The Only Healing There Is