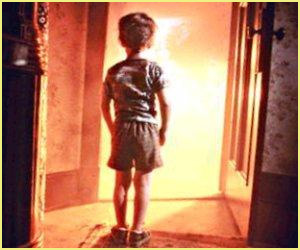 The Alchemical Principle of "as above, so below" is in full-play now on Planet Earth.  Since we have elected to become a "Melting Pot" for the Multiverse.........a Gathering Place for All That Is....... we currently find ourselves playing out (in miniaturized format) an intensive struggle that is going on at more expanded levels of consciousness as well.

I wrote to a friend in Israel this morning:  "The countries that are playing out this current war (in the Middle East) are not the only countries involved in it."  At the time, I was visualizing the various puppeteers who linger in the background of these types of battles---countries whose personalized agendas for involvement extend beyond the immediate needs, issues, and feelings being processed by Israel, Lebanon, and Hezbollah.  It wasn't until several moments later that I realized I was also speaking about "agendas" which extend beyond the purview of Earthly Nations altogether.  I speak now of Inter-dimensional Contact, and numerous issues and polarizations, originating outside Earth's Politics, that require a 3D format in order to play themselves out.

There are many who have written about "The Extraterrestrial Factor in Human Consciousness", myself included!  Volumes such as Barbara Marciniak's "Earth: Pleiadian Keys to the Living Library" have described, in detail, how our planet was once "seeded" by ETs---and set in motion officially as "The Earth Experiment," so our Expanded Self could explore various implications that arise from the application of basic metaphysical concepts---many of which are only now being made known to those of us who live here, in 3D.

This is a topic that is ongoing............and will be developed, in detail, when the time is right.  For now, I am simply going to list a few intuitions and insights that have recently been arising within me---and within others---and then open the matter for your commentary and sharing with me in e-mail.  As relevant data continues to pour in, from within and without, I will expand this article to include it.

And so, here goes: 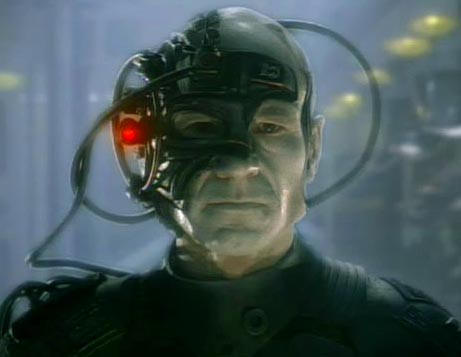 By all appearances, what is happening on Planet Earth is ultimately being done for the children.  That is what prompted me to put a picture of little "Barry," from the movie "Close Encounters" at the top of this page.  They are the ones who will ultimately inherit this New Dimensional Connection---they, and certain "upgraded" adults, who elect to step forward and be "grandfathered" into 4D and beyond as well.  In many ways, we are watching humanity play out the same "Wandering in the Wilderness" Scenario that Israel played out when they were released from bondage in Egypt, so many years ago.  Different faces, different time, same issues.

More will be revealed about all this.  I would really love to hear what some of you are getting.  These are just a few of the insights pouring in.  I have heard from many that the ETs are alive and well---especially in the Middle East at this time.  Do share, if you care to.

I loved your article on E.Ts, the military, War, and the

Earth Experiment. I think the point you made about the "Borg" or

"Techno" over-development of mentality, at the cost of the Heart, is a

crucial point. I was told by a clairvoyant, that I was one of the

leaders in Lemuria, and that experience so disillusioned me with

leadership, that in this lifetime, I have kept a low profile, and

declined to lead anyone overtly. Regardless, I know that the greatest

of Human attributes is our ability to Love, and there is no force more

powerful anywhere, in any universe. Humans are blessed with the ability

to co-create, and in this we are made in the "image of God." When our

creations become disconnected from our Hearts, then disaster is the

predictable result. An open-hearted human is all-powerful, and knows no

limitations. One whose heart is closed, no matter the stage of

development of the intellect, can only mis-create, because the Divine

connection is lacking. When will we see that the mind is only the

surface of the heart? The heart is the depth of the mind, and we humans

have to take the time to find true stillness, and dive deeply into our

Q:  If ET's are able to affect our ongoing human warfare, then why was Hiroshima and Nagasaki allowed to be nuked, as well as numerous above and below ground testing of such environmentally destructive materials.    ~R.J.

[DJ:] Possibly  for the same reason that India may be allowed to be nuked now.  Humanity sometimes needs hard lessons before we let go of the lightning bolts that advanced (?) technology can provide.

“Surely the wrath of man shall praise thee;  The remainder of wrath shalt thou restrain.”  (Ps. 76:10)

Hey Daniel,
Last I wrote you I was arguing about how our human consciousness is the ultimate victim of the distorted whims of cosmic intelligence.  I can still make a very persuasive case for this argument.  I don't have much to say to my little individuated self when it cries except well "you don't really exist, you're just claiming you do".  Now as I'm writing this I hear myself respond "i certainly exist when I'm claiming to and I suffer".  Well, don't!  Still working on that, as insane as it is to be me in the interim...
This is a very interesting article you have sent out.  I agree that the essential (as opposed to in form) agendas run the world.  What is our role in it?  Well who are we?  This is an open problem.
We are certainly both individuated and transcendent, form and essence, and I have the increasing awareness of myself in twos.  One of me is dense and one is light.  And the struggle between ego control and ego release and allowance, or put simply the struggle between yes and no, is something I truly embody.  I probably will win an academy award for this incarnation, I've been relentless my whole life and I've done everything I ever thought about, not just thought about it.  Nowadays I'm perhaps more depressed than I ever have been, the other times I'm probably more joyous.  I feel always on the cusp of some grand enlightenment.
I'm either going to die or transcend, I swear to god, will I say this for the rest of my life??
I intended to address the topic of ETs, Military Action, and World War, but this topic of how I'm a victim is like damn gravity to me.  I woke up this morning smiling and dancing and all I wanted was not to come to face reality.  No mirrors, no work, no self, just dancing.  I can be transcendent in the sense of knowing that I'm not the story my brain tells me, the forms that I identify with.  This is a change in perspective that contrasts quite sharply to the perspective of my identity, with my life of self, and experiences.  In fact, its to the point I literally cant *bare* to be myself for long.  I'm extremely efficient and successful in business and so I can afford to live almost my entire life without looking at anyone.
Likely, I'm a good canary to the form of human consciousness.  If my feelings are any prediction, thousands of little egos are about to kill themselves.  Or else, just prolong it, for long more years....
Let Pakistan and India annihilate the entire lineage of humanity in nuclear explosion.
I would not regret humanity's destruction.
I'm *sick* of this fucking planet.    ~J.F.
DJ:   Hey Bro.......I am grateful for your articulation of the feelings of a huge number of people---many of them young folks.  I get calls and letters like this often.  I am also aware that these types of feelings can shift IMMEDIATELY once full awakening has occurred.  Right now, many aspects of the Planetary Oneself are only half awake.  As I said on the "Star Children" CD:  "There is nothing wrong with you that completely remembering will not fix!"  In the meantime, I appreciate your voice.  We all have something to add to this process. And it doesn't always have to be nicey-nice or positive.

Daniel:  I have read  your interesting paper describing the possible correlation between the military conflicts taking place right now on earth and ET counter parts “up there” (to mean a space-time beyond 3D, which might be right “here”-it doesn’t matter)… I also like to know why, if the “Galactic Federations” you mentioned someway recently avoided the use of nuclear means by North Korea,  have not –so far– avoided the possession of the same means by the US and Israel, for example, which would be equally risky.   ~MB, South America

DJ:  One of the primary "ground-rules" for interference with societal development, by ETs, would be the danger that we might do permanent harm to the "Earth Experiment" through usage of Nuclear or other WMDs. The mere possession of these arms is apparently not enough to provoke action.  What causes the ETs to step in is the actual attempt to set off Nuclear Devices.........which is what happened in regards to North Korea.

The dance which the U.S., and the U.N. is currently doing with our world: (i.e.) "Some nations are responsible enough to have nuclear weapons, but some are not" is a senseless and futile one.  As the U.S. is demonstrating.......the one with the power makes the rules.  Therefore, anyone and everyone is trying to get as much power as he can.  Can we blame them?

The U.S. is the only power on Earth that has actually used a nuclear device in wartime.....which seriously damages the feeling of security that other nations have about our sense of restraint.  With the Iraqi War, we have now stepped over another boundary, demonstrating that we will attack a sovereign country BEFORE we are overtly attacked (by them), which places our ethics into a whole other category than existed before we took that action.

There are many arguments pro and con for U.S. decisions to act in these ways, but they are fairly irrelevant, in regards to the security of the world during these tender times.  The fact is:  NO HUMAN NATION IS RESPONSIBLE ENOUGH to hold this kind of power.  We are ALL "crazy" in our own ways, and can justify ANYTHING if it serves our private agenda."

The ETs represent an external "authority".......which has appeared from OUTSIDE the "reality box" to remind those PRIMAL FORCES within us that permanent and irreversible actions WILL NOT BE ALLOWED.  In essence, they are part of that GUARDIAN SPIRIT which the Reconnections have mentioned in several of their transmissions.  More will be added to these explanations as the info becomes available.